Compared to some other synth fetishists I have little and very utility setup that is built around the live show. Almost everything I have is used at gigs either of Ventolin or Kazety. And its not boutique stuff, rather newly made small synths. The only thing I do not gig is my Ensoniq ESQ1, which is too heavy to move around.

I do all the sequencing with my MPC2000XL and MPC1000 or with sequencers on the actual instruments (Yamaha RX5 drummachine, XOXBOX, for the album I used also Machinedrum, Korg ES1, Boss dr660). The sequencers feed synthesizers (DSI Mopho, MFB Lite II, MAM MB33 II, Doepfer Dark Energy, Ensoniq ESQ1, Yamaha A 5000, Jomox MBase01, Mbrane). And its all mixed analogue with some delays and reverbs. 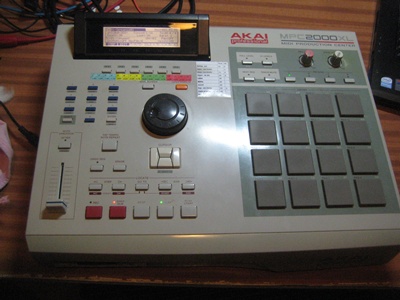 I love this primitive grey sampler - sequencer. It looks gorgeous. You just have to wonder what trade is this tool of. The sound is typical end of 90's Akai - in your face, a bit limited in bass. Its strength is the immediacy of the interface. You just load samples or assign midi channel, press record, bang on the pads and thats it. It cannot do much more, there is no visual editing of sequences, you just have to rerecord whats sloppy or wrong, just like with a tape. The sampler is very limited by today standards, it has only 32 MB of RAM and it can hold only 256 samples which isn't that much. It has good midi routing capabilities. I use it as a master sequencer and drum machine. 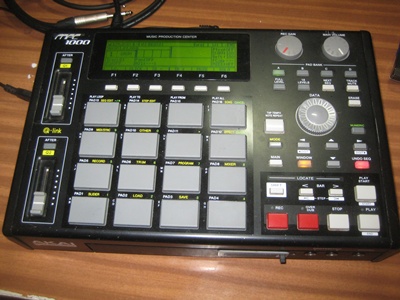 I use the unofficial JJOS2XL operating system which adds wealth of features not present in the original Akai OS. I had complicated relationship to this one as I did not like the interface (too cramped) and the basic tone but it can do so much things, loads fast, has 4 times the memory of its bigger brother so that I finally accepted it. With JJOS2XL it can do XOX style sequencing, audio tracks, visual midi editing, chords, arpeggio, round robin triggering and much more. I use it as a master sequencer, loop recorder, phrase sampler. 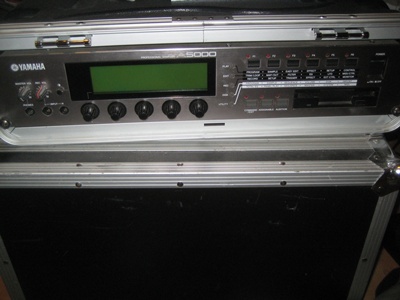 A rackmount sampler that I use mainly as a digital synth for polyphonic sounds. Ill fated fantastic machine that has great synth like architecture, ton of very good effects but it has just stupidly long saving and loading of samples. It also typically suffers from faulty encoders under the display. Some time ago I found out a simple solution how to fix the encoders. I ported it from a solution that some guy found for similarly poorly performing Emu sampler. This solution became somehow internet-yamaha-sampler - folk-lore and many people use it now so it was my little deed for the general good. It has strong piercing sound great for mid and high frequencies. It was my first and primary sound source at the beginning of Ventolin and Kazety. Also great standalone multi FX unit. 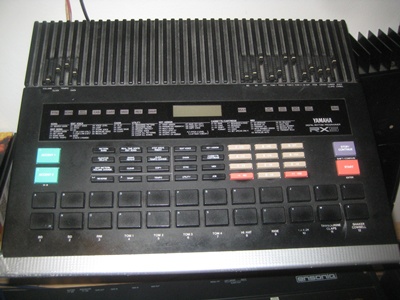 Mega drum machine from 1986. 12 bit sound, 24 samples, a little mixer on top of the unit, an instant funker. I bought it from a metal guy from Slovakia for little money. I was just curious how it sounds. It was broken, I had to clean it and resolder some paths inside. When finished, I turned it on and was instantly hooked. It was THAT sound, so dirty, so heavy. Bass has to be beefed with eq but it cuts through the mix like nothing else. Wonderful looks. 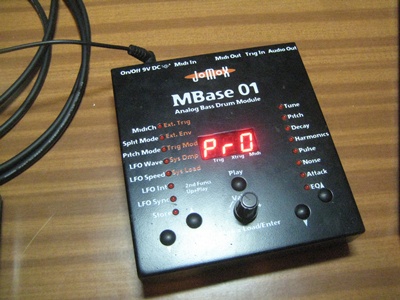 Analogue bass drum module. Can do a variety of bass drum sounds and adds real bottom. Can be very loud. Can be also played with a trigger. Problematic midi - hates long cables 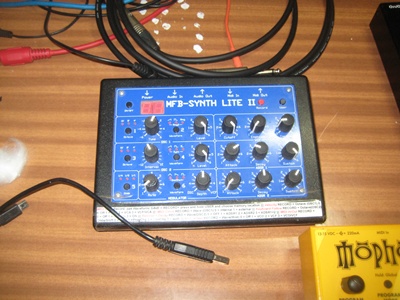 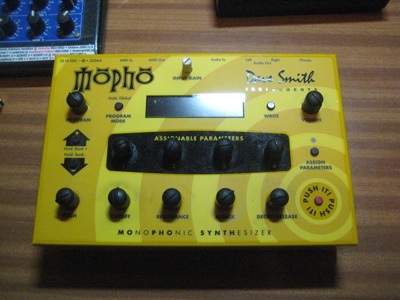 A true analog monosynth with deep modulation matrix and built in sequencer. Great features and sound, computer is needed for full editing which sucks. But its very portable. Use it for basses, arpeggios, leads. Mine is somehow allways in a tremolo state as the oscillators just cannot play straight tones. Allways modulated. 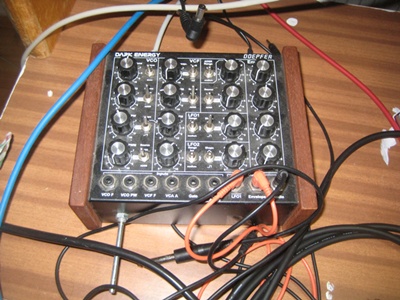 A little modular monosyth. Best for weird drones, bleeps, filtering and dirty sounding acid lines. Insane resonance. FM, audio range LFOs. Not good for live as it requires too much attention to get something out of it.

A bit too nasty 303 model. It can do very brutish sounding arpeggios. It says "made in Bavaria". Got it cheaply. Used it for some 303 like lines. The decay parameter is quite short, can't make long notes. 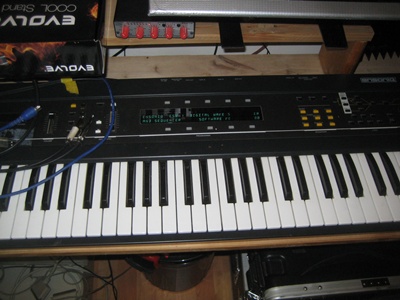 Very nice classic 80ies polyphonic analog polysynth. Digital 8bit waveforms, analogue filter. Great envelopes, LFO, sync modulation options. Besides typical analogue sounds it can do strange and horror like sounds. Used it for basses, bell like sounds, pads. Unfortunately too heavy for me. I have to pull things over stairs, long routes from parking lots etc. You need a roadie for this one.
Facebook / Soundcloud / Bandcamp / Endless_Dancegenerator